Montblanc Patron of the Arts pays Homage to Hadrian: The Legacy of a Great Roman Emperor 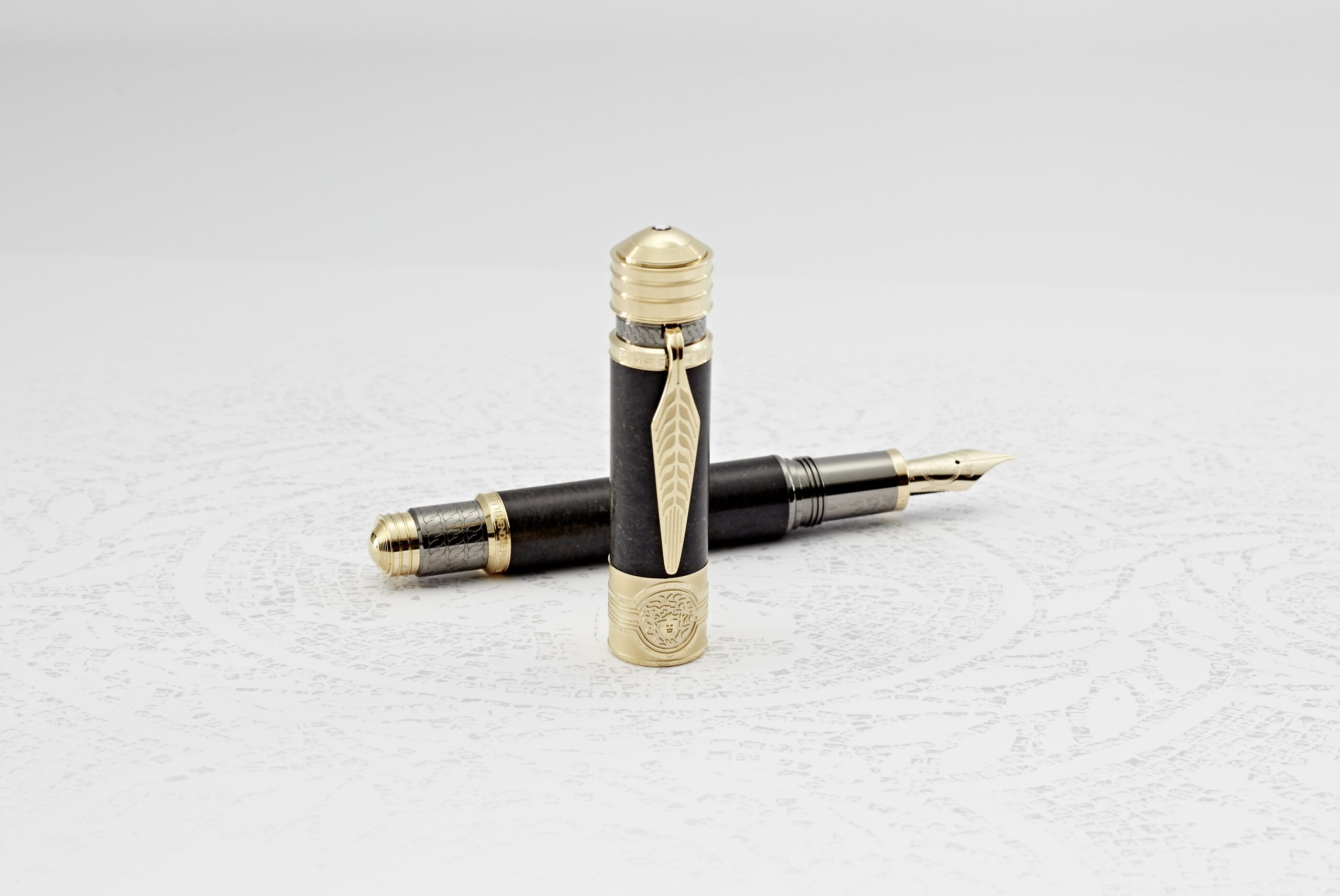 As part of a commitment to the arts and culture, Montblanc recognizes the exceptional contributions of modern-day patrons of the arts around the world with a prestigious annual award.

Every year, Montblanc introduces a unique Limited Edition writing instrument that celebrates the cultural legacy and patronage of a historical patron of the arts. The latest Montblanc Patron of Art Edition is dedicated to Publius Aelius Hadrianus (76 –138 AD), the great Roman emperor who
ruled for 21 years over an empire spanning three continents, from the Scottish border to the Sahara and from the Atlantic to the Euphrates. Known as one of the Five Good Emperors, Hadrian’s rule was one of peace and prosperity. He toured the empire extensively, investing in infrastructure and the arts in all parts of his expansive realm, funding new buildings and comprehensive restorations.

Montblanc Patron of Art Homage to Hadrian Limited Edition
In homage to Hadrian’s lasting architectural legacy, the shape of the gold-coated cap top and cone is inspired by the impressive Roman buildings he commissioned, in particular those with concrete domes. Like the columns of his buildings, the cap and barrel of the writing instrument are made of Egyptian basalt, making each one unique due to the characteristics of the stone. The Montblanc emblem in black and white precious resin crowns the centre of the cap top. A yellow gold-coated clip designed in the shape of a ripe wheat sheaf, the main attribute of the goddess Demeter, is a reference to Hadrian’s fascination for Greek culture and the Eleusinian Mysteries. In return for his efforts restoring Athens to its former glory, He is one of the first Roman Emperors to pass the initiation to these important religious celebrations based on the myth of Demeter, the goddess of life and fertility. The handcrafted Au 750 gold nib of the writing instrument is decorated with an engraving of the Hadrianic phoenix with a halo and laurel leaf.

During his reign, coins were stamped with his portrait on one side and a phoenix on the reverse symbolizing a new, happy and peaceful era. The pattern on the top ring and cone ring is inspired

by a decoration typically used in the Roman Empire with a connection to the Roman god Janus, the god of time. The gold-coated cap ring is adorned with two intricately crafted medallions. One represents the Greek Hero Antinous who was a symbol of Hadrian’s dreams of pan-Hellenism, the second is an artistic representation of Medusa who is often used in traditional Roman architecture. The words engraved on the cap and cone ring are from the books Historia Augusta (Augustan History) exulting Hadrian as a great emperor.

Montblanc Patron of Art Limited Edition 888
The Ag925 sterling silver cap top and cone recalls the domed shape of one of Hadrian’s great buildings, while the centre of the cap top is decorated with the Montblanc emblem in precious mother-of-pearl. The square pattern on the cap pays tribute to the Roman interior decorationinside those concrete domes. The cap is adorned with two intricate Au750 solid red gold medallions inspired by the ancient Roman Aureus, a coin highly sought after by collectors because of its purity and value. The red marble of the barrel evokes the extravagant décor of a Roman building from that era, as well as the winding circular decoration of the Au750 solid red gold part of cone and cap ring representing Janus, the Roman god of all beginnings and endings. The Au750 handcrafted red gold nib, partly rhodium-coated, is engraved with the Hadrianic phoenix with a halo and laurel leaf.

Montblanc Patron of Art Limited Edition 76
The limitation number of the edition represents the year of Hadrian’s birth. The cap top and the writing instrument’s fittings are made of Au750 solid white gold, with a Montblanc emblem in mother-of-pearl at the centre of the cap top. The design of the cap is inspired from the delicate mosaic pattern from the floor of a typical Roman building. A barrel created of matte Egyptian basalt, features a contrasting shiny hand-carved peacock. The magnificent bird is regarded as a symbol of immortality and was once part of the original decoration of Hadrian’s mausoleum. The Au750 handcrafted yellow gold nib is engraved with the Hadrianic phoenix with a halo and laurel leaf.

Montblanc Patron of Art Limited Edition 5
With a limitation number to 5 pieces, representing Hadrian legacy as one the “five good emperors”. A rotating Au 750 solid gold sphere enriched with a hand-engraved Montblanc emblem decorates the cap top. The solid white gold barrel features an exquisite precision handcarved peacock surrounded by dark blue sapphires skilfully set in pavé. The decor of a traditional Roman building’s typical mosaic floor is the inspiration for the hand-engraved pattern on the white gold cap, embellished with by a hand-set micro mosaic made of carefully selected pieces of black and white glass, manufactured in a special process and precisely positioned on a base of stucco. The handcrafted bi-colour Au 750 gold nib is decorated with the Hadrianic phoenix with a halo and laurel leaf in an artful engraving.